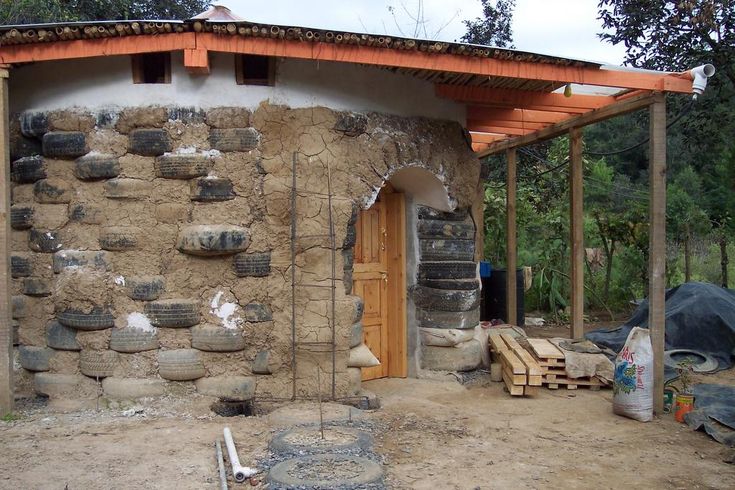 “The problem is the solution” is the second design principle in Bill Mollison’s well-known “Permaculture: A Designer’s Manual”. The book was first published in 1988 and is still the title of reference in the permaculture world, a bible of some sort.
“The problem is the solution” basically means that every element we perceive as negative can be of positive use if we’re creative enough.

Here is an example of how someone’s waste can be someone else’s resource. We came across this dumped tyre on a walking track in Omeo near the beautiful Alpine National Park, VIC.

Tyres as a problem

Tyres are a huge waste problem. They are made of rubber but also contain volatile chemicals and heavy metals; they release toxic emissions when burnt; and they are hardly recyclable and obviously non-biodegradable. Also, we indeed tend to see them in unexpected places. In 2013-2014, 50+ million scrap tyres entered the Australian waste stream and we only recovered 5% locally.
This number even accounts for neither the legal or illegal dumps such as in Stawell, Victoria that cumulates an estimated 9-10 million tyres and in Northern Tasmania with yet another 1.3 million, nor the tyres discarded in the bush or the sea like the one below[1].

Tyres as a solution

The permaculture world however considers tyres valuable and can repurpose them to various ends. This permaculture group member used old soda cans and a tyre to create a simple herb spiral. Tyres filled with dirt absorb and store the heat from the sun and can provide a micro-climate for the plant.

Interested in building your own herb spiral? Check-out my article on Hugelkultur herb spiral.

It is also a popular building material for earthship homes as it is virtually free and easy to build. Plus, it is energy-efficient as the thermal mass effect absorbs heat when the weather gets warmer, and releases it when it gets cooler. Reusing tyres is also a much better alternative than using concrete whose production is one of the most energy-intensive processes and the sector one of the largest producers of CO2 emissions[2].

Some would argue that most tyres these days can be recycled for new uses. However this is highly dependent on the local government programs; and we must also consider the additional energy and materials required to transform tyres in say, a speed bump. In 2014, the Australian Department of Environment and Energy introduced Tyre Stewardship Australia (TSA) “to increase domestic tyre recycling, expand the market for tyre-derived products and reduce the number of Australian end-of-life tyres that are sent to landfill, exported as baled tyres or illegally dumped.” [3] I haven’t been able to find any data outlining the performance of this program to date.

Another important question remains about the potential toxicity of tyres through off-gassing in enclosed indoor spaces. But we lack proper research and literature in the context of earthship, where tyres are rammed with earth and therefore placed in a stable environment protected from exposure to sun and moisture[4,5].

Connect with Us on LinkedIn